Skip to content
We switched it up a bit this morning and tried “uttappam” for breakfast by pointing haphazardly at the menu. It turned out to be a delicious savory pancake with vegetables cooked right into the batter. I have yet to find an Indian food I didn’t like after randomly selecting from a series of foreign words.
From the Gateway of India, we purchased the “luxury” boat ticket (only 53 cents more) for an hour long journey to Elephanta Island. For our luxurious experience, we had to jump the gap from the pier to the weathered wooden boat and smush in between an Indian family and a couple having a heated argument. The boat putted along at low speed while we rocked and pitched with the waves without any air circulation. An hour later, I was grateful for solid land, but immediately had to be on my guard to fend off vendors, touts, and monkeys as we climbed the staircase to the ancient cave temple at the top.
We paid our 250 rupees (Indians only have to pay 20) and entered the mouth of the first cave. Massive pillars were scattered inside the cavern and each wall had ancient stone carvings of various Hindu gods and symbols, created in the 5th-8th century. A massive statue of the deity Shiva is carved at the center and back of the main cave, with eyes closed on all three heads. Although many of the statues have deteriorated due to age and possibly vandalism, it’s incredible to me that anything that old is still in tact.
The other caves in the system were mediocre compared to the detailed and grandiose nature of the first, but still displayed evidence of intricate carvings and architecture. After our fill of history, I caved (no pun intended) and become one with the tourists as I bought an anklet and dined on overpriced lunch on the island.
Once back in Mumbai, we hopped on a train to a place called Dhobi Ghat, which is considered the oldest and largest open-air laundry system. The facility is located amidst the slums, but thousands of kilograms of dirty laundry are washed here by hand every day. Local workers are stationed at washing pens with a “flogging stone” to beat the clothes against. The rows of saris and scarves hanging on rooftop lines were blowing in the breeze and created a sea of bright colors.
The train ride back to the hotel included many beggars and peddlers attempting to sell small goods or plead for money. A ratty looking child got on at one stop and started singing loudly and tugging at passengers clothing to get them to give money. He tugged at Byron’s shirt, but an Indian man across from him shook his head and indicated to Byron that he should not give any money. It’s known that in many cases these children are forced to work for people to beg for money and then never see the benefit of the money, much like in Slumdog Millionaire. Even after reminding myself of this, it’s hard to ignore a child sounding so sad and desperate. 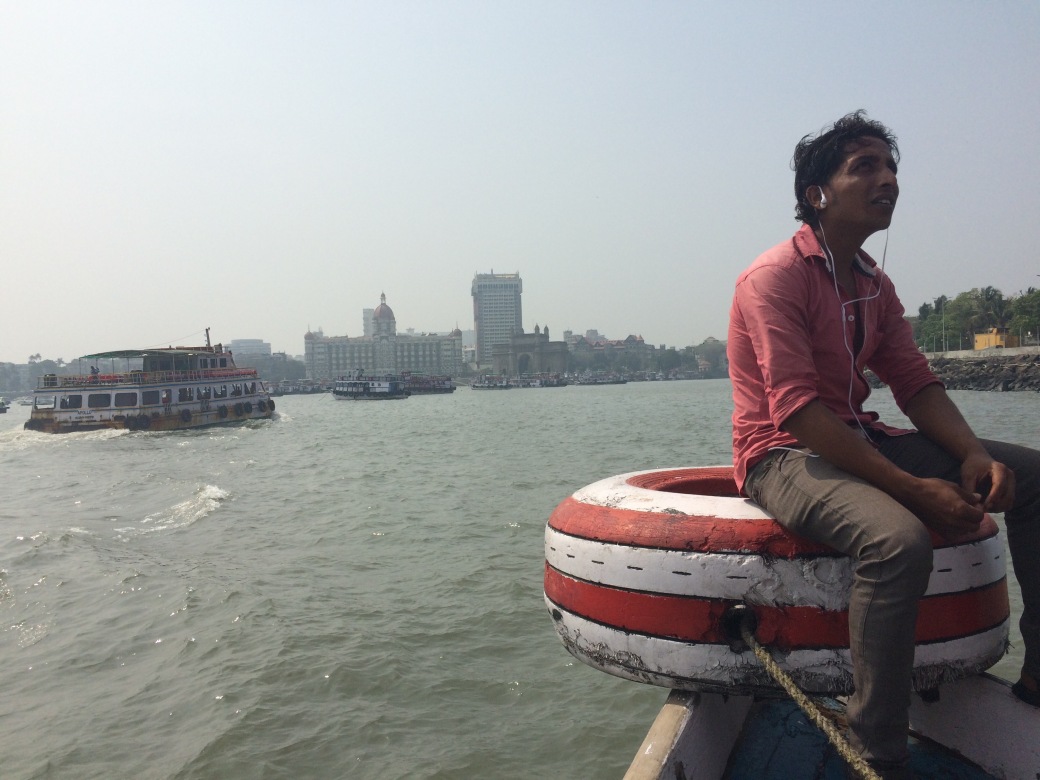 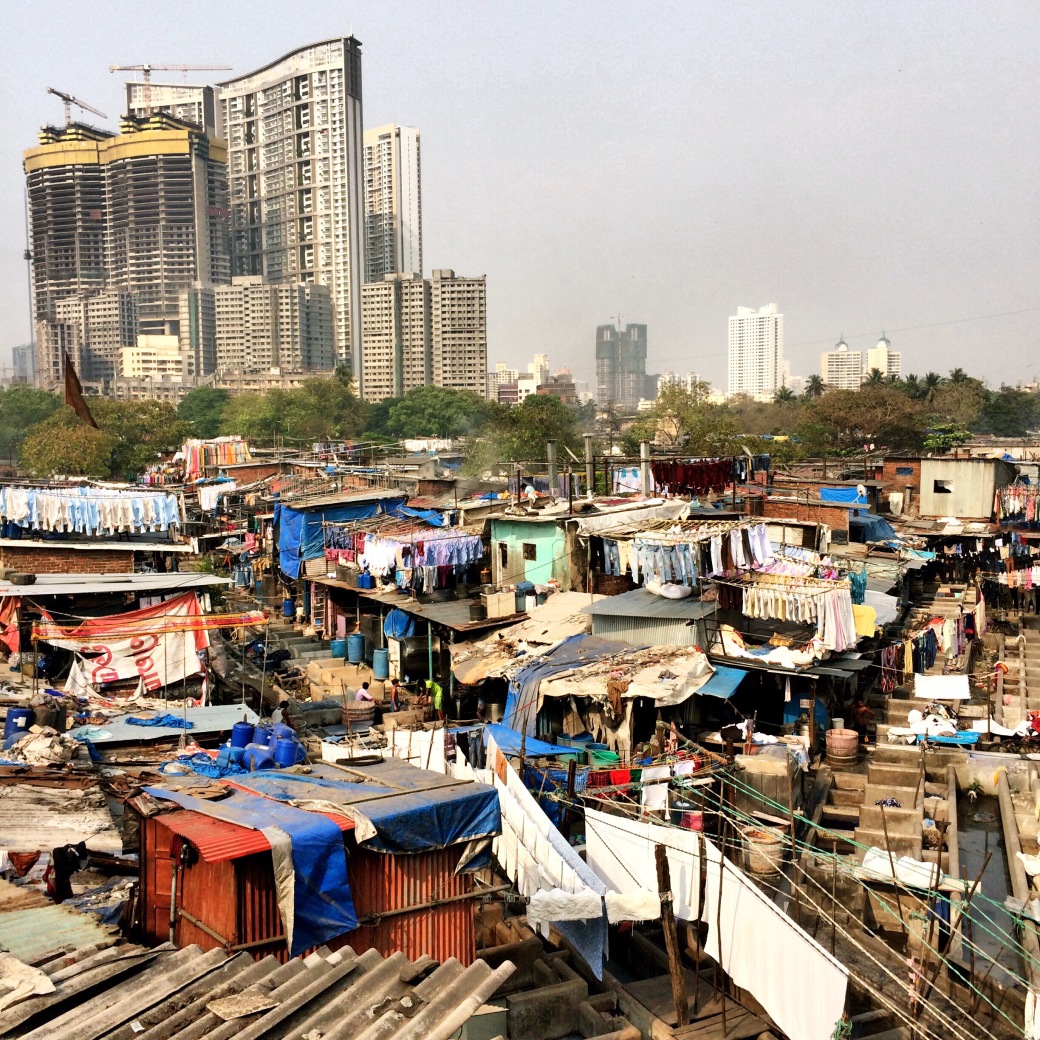