Touring the world, meal by meal, drink by drink. 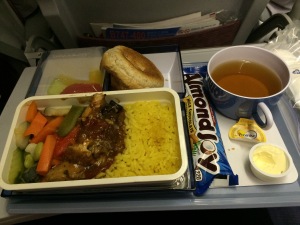 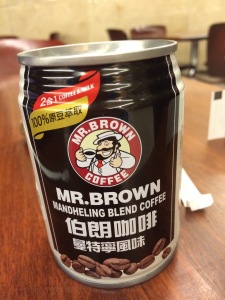 Thursday, August 15, about 1:30am. Desperately seeking some sort of dinner in an area with everything closed. 24-hour gas station to the rescue. 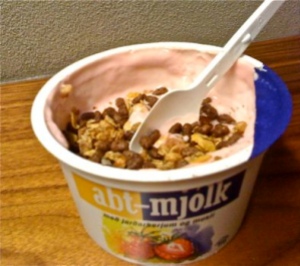 Friday, August 16, Breakfast. The BUS Hostel has complimentary toast and peanut butter for all guests. AND they even had crunchy peanut butter.

Lunch. We went strolling around downtown, found a giant shopping mall and decided to taste a little bit of the local cuisine. Some Icelandic cheese, salmon spread, shrimp spread, and herring spread on crackers. And a little taste of Iceland’s weakest, basically water, light beer. 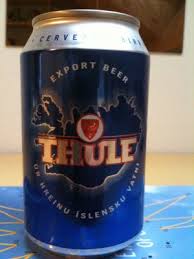 Dinner. After searching for the longest time for a fancy restaurant we looked up, being denied by the maitre d’, and stumbling upon a cute little noodle restaurant, we had delicious noodle soup.

Drinks. Found a Big Lebowski bar nearby and since this is one of my favorite movies, we had to check it out. Tried the traditional Icelandic schnapps called Brennivin, or “The Black Death”. Not too bad. 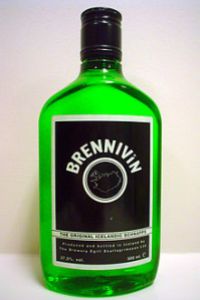 Icelandic Sodas..Appelsin is amazing orange soda (the name kinda throws you off though)

They have kinder eggs here! Actually illegal in the United States due to the small toy in the middle that posed a choking hazard

Vietnamese Styled Beef Noodle Soup. Not so Icelandic, but yummy and one of the only places open 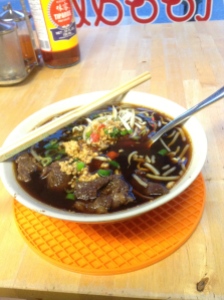 On our tour to see the Glacial Lagoon, there was one tiny isolated village on the sea coast that we stopped at. Basically the only place that actually served food within a few hours radius. Traditional Icelandic Lamb Stew and a cheeseburger with a fried egg on top

Thank goodness for this old little ski resort having a bathroom AND a delicious egg salad sandwich. This was in the middle of the Icelandic desert after driving two hours out and thinking that there was nothing left in sight. 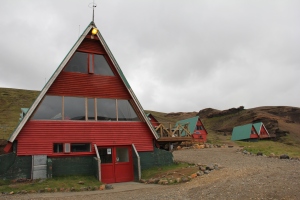 Finally getting to have our fancy Icelandic meal at the Grillmarket at our 10:30pm reservation. Since the sun doesn’t set until about 9:30pm here, people eat ridiculously late and don’t start going out until midnight on the weekends

Yes, immature but thought I’d share this. I have no idea what this actually is in Iceland but found it at the convenience store.

For starters, fermented shark cubes. I would not recommend this AT ALL. It tastes like Windex and cat pee mixed together. Puffin, Icelandic seabird, Cod & Mashed Potatoes

Iceland’s traditional schnapps, Brennivin. This was a huge display at the airport and they give you a free shot right before you walk onto the plane

Not one, but TWO cones in ONE. Silly Brits and their sweet teeth

Portuguese cooking, some wings, and cheap. That’s my kind of place

Not so satisfying meal at Peter and Paul’s Fortress

People bring their CATS to restaurants?? I totally understand these people

So many doughnuts and sweet coffee. For once it was cheap so we got plate after plate